You are at:Home»Retirement Income Channel»Use NUSI to Cut Back on Cutting Back in Retirement 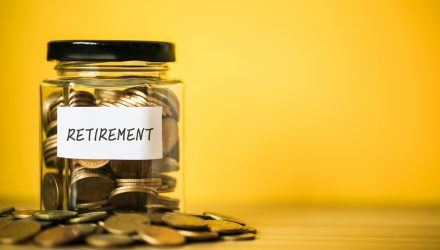 Use NUSI to Cut Back on Cutting Back in Retirement

It’s often said that many retirees are overly frugal, particularly early in retirement. That approach isn’t uncommon because no one knows exactly what their lifespans will be, but they do know what their financial resources are.

The Nationwide Risk-Managed Income ETF incorporates options exposure to help generate income and mitigate risk as a way to enhance total returns. Investors have long capitalized on covered call options strategies for income generation or protective put options strategies to protect against and limit losses. NUSI is becoming all the more important in today’s climate.

NUSI is important for other reasons, including as an income supplement vehicle.

“Most households are not on track to replace pre-retirement income. We estimate only 18% of retirees have enough retirement wealth to maintain pre-retirement spending levels using a relatively conservative replacement metric,” according to ThinkAdvisor.

A covered call refers to an options strategy where an investor writes or sells a call option on an asset which they already own or buy on a share-for-share basis to generate income via premiums derived from the sale of the call options.