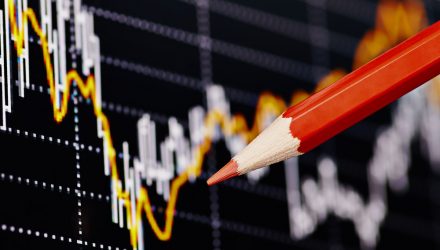 According to VandaTrack, mall traders have been net buyers of U.S. equities and ETFs for every trading day of January, with the scale of daily inflows above the 2021 average on all but two trading days since the start of 2022, the Financial Times reports.

The inflows remain constant despite the S&P 500 benchmark dipping close to a correction after its most recent record high in early January.

Analysts attributed the strong inflows of money from amateur traders who were stuck at home during the ongoing COVID-19 pandemic as a major contributor to the record run-up in stock prices last year. However, this same money movement could prove troublesome to the ongoing momentum should retail investors begin to flee markets under selling pressure.

For instance, on Monday, when markets plunged following the bell before staging a rebound rally, retail investors were among those selling heavily in the morning, with net selling of $1.5 billion by midday, accounting for over 20% of net selling for the entire market, according to JPMorgan Chase data.

However, retail money quickly caught the dip, buying $1.3 billion in equities during the three-and-a-half hours before market close, a major turnaround, analysts said, considering the volatility.

Larger market participants, such as institutional investors and trend-following funds, still contributed to a larger role in the intraday volatility, with total net buying volume translating to $10 billion, according to JPMorgan data.

Retail traders also focused on large tech companies and ETFs on Wednesday during the day’s volatility as well.

“Clients still seem to be keeping the faith with the tech sector,” David Jones, chief market strategist at trading platform Capital.com, told FT, adding that over 70% of traders with an open position on the Nasdaq were betting on the tech-heavy index to rise.