You are at:Home»Equity ETFs»Retail ETF Can’t Shake out of its Slump 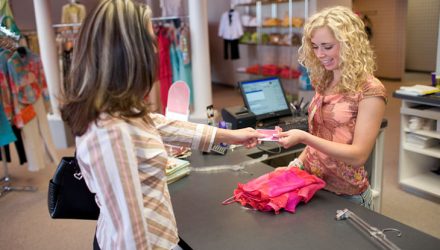 Retail ETF Can’t Shake out of its Slump

Retail repudiation is a prominent equity market theme in 2017. Just look at the SPDR S&P Retail ETF (NYSEArca: XRT), the largest retail-related exchange traded fund, which is down 12% year-to-date. Making matters worse, it is getting harder to forecast when XRT and traditional brick and mortar retail stocks will rally in earnest.

“News on Monday that Amazon was rolling out its own “Geek Squad” similar to that of Best Buy sent shares of the electronics company tanking 6 percent, while Costco also fell more than 1 percent on a downgrade by BMO, which saw the Amazon-Whole Foods deal as a threat to the retailer. And unfortunately, the charts don’t look any better for the retail space,” reports CNBC.

That is just the latest example of how e-commerce is eating traditional retailers’ respective lunches. The trend away from traditional department stores and apparel retailers to online shopping destinations should benefit the Amplify Online Retail ETF (NasdaqGM: IBUY), which debuted last year. IBUY, which is comprised of global companies that generate at least 70% of revenue from online or virtual sales, has been one of the best-performing retail ETFs since its inception.