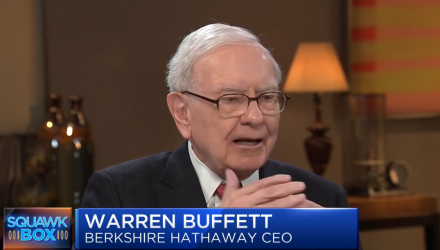 An industry that’s set in its ways will be a difficult one to overhaul, which is exactly what Berkshire Hathaway CEO Warren Buffett will be facing as part of Haven–the joint venture to alter health care in conjunction with Amazon founder Jeff Bezos and J.P. Morgan CEO Jamie Dimon.

The goal of haven is simple: deliver quality health care at an affordable cost, but the execution of the plan is far more difficult.

“We have a $3.4 trillion industry, which is as much as the federal government raises every year, that basically feels pretty good about the system,” said Buffett. “There’s enormous resistance to change while a similar acknowledgement that change will be needed. And of course if the private sector doesn’t supply that over a period of time, people will say ‘we give up, we’ve got to turn this over to the government,’ which will probably be even worse.”

U.S. President Donald Trump has been a vocal opponent of rising health care costs, particularly when it comes to pharmaceutical companies. In 2017, health spending rose 3.9 percent and the trends is likely to persist.

“We’ve got this incredible economic machine but we shouldn’t be spending 18 percent when other countries are doing something pretty comparable in terms of doctors per capita and hospital beds per capita,” Buffett told Yahoo Finance. “We’re paying a price.”

Since launching last year, on of Haven’s first major steps was selecting famed surgeon and author Atul Gawande to lead the joint venture. Gawande’s first plans of action included meeting with companies throughout the nation to assess the difficulty in obtaining health care.