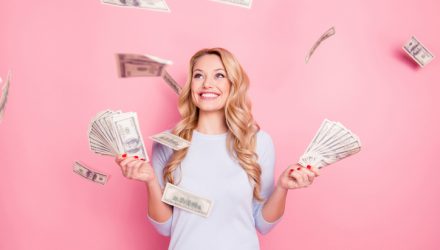 Value-oriented ETFs are beginning to pull ahead, but some investors remain skeptical of a full on rotation and attribute the sudden shift as a short-term blip.

Big value fund managers, including those from Hillman Funds, Artisan Partners and Eaton Vance, revealed they are taking the rally in value stocks to selloff some of their best performers in exchange for those that are further out of favor, reflecting views that the market shift to value will not last, Reuters reports.

For example, value funds are dumping energy stocks, which strengthened off the back of the surge in crude oil prices after the attacks on Saudi Arabia’s facilities.

“I’m a little skeptical that this has legs,” Aaron Dunn, co-director of value equity at Eaton Vance, told Reuters, adding that a sell-side firm his fund works with said they were seeing few buy orders from long-only funds and receiving more business from quantitative-based strategies. “This is more of a momentum reversal and the valuations aren’t that compelling anymore.”

Nevertheless, there are some that believe in the rotation to value, like Bank of America Merrill Lynch and JPMorgan, arguing the rotation may run further.

Goldman Sachs believed that the current rotation to value was attributed to perceived improvements in U.S.-China trade relations and better-than-expected economic data that eased recession fears.

Meanwhile, the rise in yields has bolstered shares of financial companies that benefit from higher interest rates.

“This looks more like a reprieve for value than a longer-term trend,” Jonathan Golub, chief U.S. equity strategist at Credit Suisse Securities, told Reuters. “The real question for value is, ‘Do you believe that interest rates will continue to go higher when all indications are that the economy will remain sluggish for the remainder of the year?’”

Mark Hillman of Hillman Fund also warned that after the recent market rotation, many value stocks are near their fair market value.

In addition, Thomas Reynolds, a portfolio manager of the Artisan Value Equity fund, highlighted the underperformance of large technology and communications companies, which suggests investors are only just moving out of the most overbought areas.