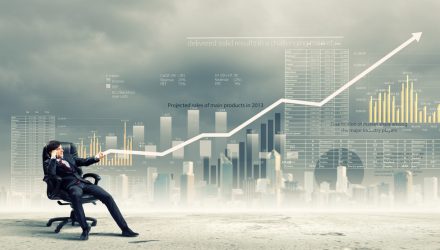 U.S. Stock ETFs Strengthen as Policymakers Give a Helping Hand

U.S. markets and stock exchange traded funds tried to maintain some positive momentum Thursday as central banks and policymakers pulled out all the stops in a bid to offset a global recession.

The Federal Reserve launched a lending facility to support U.S. money-market funds and extended its currency exchange program with other central banks, and the Bank of England also cut its benchmark interest rate to a record low, the Wall Street Journal reports.

“We have had some pretty bold moves by the Fed in the last week or two and most of them have had a very short-lived impact on the market so hopefully this one will help,” Randy Frederick, vice president of trading and derivatives at Charles Schwab, told Reuters.

“It speaks also to the fact that when they cut rates to zero a lot of people had commented that they thought maybe the Fed is out of bullets if you will, but it doesn’t seem to be the case. It sounds like they have lots of tools still available to them and this is just another one of them,” Frederick added.

Meanwhile, President Donald Trump was optimistic that Congress could pass through hundreds of billions of dollars in aid to further strengthen the economy.

U.S. data is already showing that the coronavirus is negatively affecting the economy. The number of workers applying for first-time unemployment benefits rose to the highest level since September 2017, according to Labor Department data for the week ended March 14.

“When you have whole economies or whole populations shut down, it is going to have a massive economic effect and no one knows how long that will go on for,” Altaf Kassam, head of investment strategy for State Street Global Advisors in Europe, the Middle East, and Africa, told the WSJ. 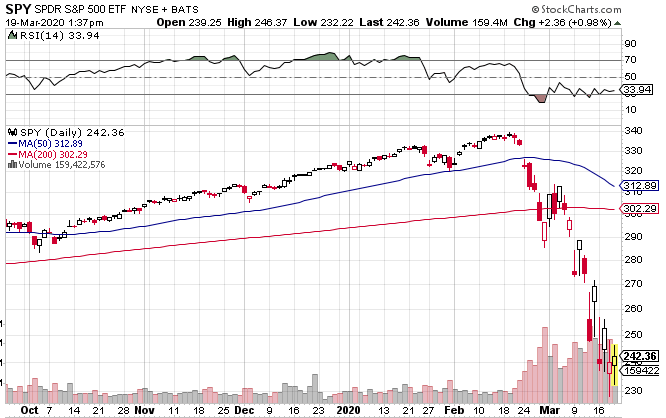