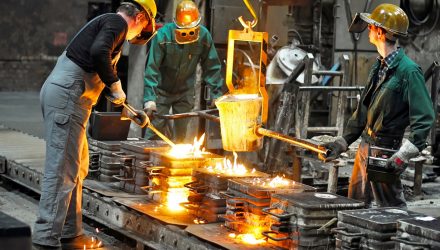 The White House has reached an agreement to remove steel and aluminum levies on Canada and Mexico, eliminating a key barrier to passing updates to the North American Free Trade Agreement, two people familiar with the matter told CNBC. That deal could be announced as soon as today.

The U.S. could announce an agreement to scrap the duties as soon as Friday, the sources said. Although it is still uncertain as to whether the U.S. will instill import quotas or other measures in place as part of the deal to remove tariffs. The move would lift the 25% steel and 10% aluminum tariffs the U.S. planted on the two trading partners almost a year ago, for supposedly matters of national security. The decision generated retaliatory duties from Canada and Mexico on U.S. farming goods and a variety of other products, and left a cloud over NAFTA, creating fears that lawmakers in all three nations wouldn’t be able to ratify the deal.

According to Bloomberg, as part of the agreement to scrap the levies, the U.S. will be able to impose new tariffs on Canada and Mexico if they don’t do enough to prevent any surge of imports of the metals, people familiar with the matter said. The nations have also all agreed to increase efforts to identify where the metals have come from originally, to eliminate the diversion of shipments from other nations attempting dodge the tariffs.

The bargain requests that Mexico and Canada adopt more stringent monitoring and enforcement measures to prevent Chinese steel from being shipped to the U.S. via their territory. U.S. tariffs are to be lifted in 48 hours.

“I don’t think there is any more doubt about it, the president is far more attracted to managing imports than expanding exports,” said Rufus Yerxa, president of the National Foreign Trade Council. “The entire U.S. auto and auto parts sector understands why it needs a global strategy, but the President clearly prefers 1980s style protectionism.”

U.S. steelmakers and aluminum producers rebounded off Friday’s lows on optimism that the measures will prevent excess supply from flooding their domestic markets. VanEck Vectors Steel ETF (SLX) is down just slightly on the day.