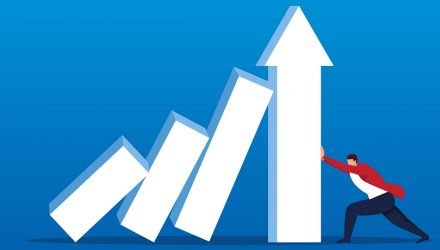 After a rough day on Tuesday where the markets were at one point down close to 3%, most of the major indices have begun to pare some of this week’s losses. As of 1pm ET Wednesday, the Dow was up 107.5 points, the S&P 500 up 10 points the Nasdaq up 28 points.

Most of the major stock market indices fell hard this week after Trump on Sunday destroyed many analysts’ hopes that the U.S. was nearing a trade deal with China. Additionally, President Donald Trump warns that he will seek to impose 25% tariffs on an additional $325 billion of Chinese goods this Friday.

This morning, Trump stated that China “just informed” the White House that its vice premier will lead a delegation “coming to the U.S. to make a deal” on trade.

The Dow Jones futures cut some of its losses on the news, but major indices still opened lower following the president’s tweet, which ambiguously stated that “we’ll see” what comes of the negotiations because “I am very happy with over $100 billion a year in Tariffs filling U.S. coffers,” Trump said.

The president’s announcement followed a tweet a few minutes earlier, which broadcast why Trump believes China is balking at negotiating with the United States. He said China’s “attempted renegotiation” is on the “sincere” hope that, if a certain Democrat is elected president in the 2020 election, the Chinese will “continue to ripoff the United States … for years to come.”

Analysts are concerned at how tariffs will affect a variety of market sectors.

“The new tariff threat could cause softlines stocks to drop 40%,” wrote UBS analyst Jay Sole, who covers TJX Companies, Ross Stores and Burlington Stores. “If 25% tariffs are enacted, it could catalyze further US retail disruption,” he said.

“Within our consumer coverage, the most signiﬁcant category on the $200 billion list was furniture – retailers exposed to this category, such as Big Lots BIG), could see a negative impact, ” Goldman Sachs said.

“Also, ﬁxed price point retailers that import goods from China, such as Dollar Tree and Five Below, could also be negatively impacted.”

Keep up with latest market trends at etftrends.c