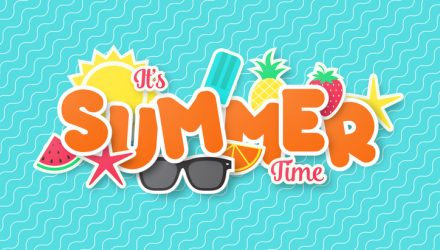 Ian Young August 1, 2019
While summer can often be a quiet time for markets, this year and this summer is anything but languid. Investors have been active in the markets, with fresh news and tweets to react to, and that is being reflected in the historic ETF flows for June and July.
The Fed has no doubt played a significant role in engaging investors and luring them to the stock market with intimations of rate cuts to help prolong this historic bull market.
“Every week people are really excited about the Fed being accommodative. It felt like about two months. And another week of the same thing. 15 billion into ETFs. That is the bomb right? We’ve got SPY, the QQQs, but you’ve also got IVVs and Vanguard funds. So again both major player types are buying in,” says Eric Balchunas of Bloomberg Intelligence.
“This seems to have started in the beginning of June when the Fed came out and started to reassure Markets. So let’s capture June and July and compare it to the rest of the year. Because I feel like the complexion of the flows is changing,“ he added.
June and July have been particularly active for ETF flows, creating a historic precedent as Balchunas notes.
“June and July ETFs took an 85 billion. That’s more than the rest of the year combined. That is a lot of money coming in. And also US equity ETFs Are taking in three times more than they did in the beginning part of the year: more than fixed income. So they are now of the leaders, which is what we are used to seeing with ETF flows like back in 2017,” he said.
“To give you an idea of how accelerated the flows are, it is the biggest June and July period on record with that $85 billion flow.… They should easily break the record if they keep this up,” Balchunas added.
Matt Faber, CIO of Cambria Investments, is in agreement, claiming, “It’s a bull market. US stocks are up at least 20% this year… But it’s not just US stocks it’s all asset classes having a romping stopping year real estate is up, bonds even gold and some commodities are starting to perk up, which looks a lot like the exact opposite of the end of last year, when kind of everything was going down”
“The good news about the big moves and dislocations in markets, it sets the stage for the next regime. We’ve really only been in one regime for the past decade, which is US stocks world cream everything else in the world. So the flows make a lot of sense to me because everything’s been going up,” Faber added.
What’s especially noteworthy of the ETF flows is that there is a lot of diversity in the types of investments that investors are selecting.
“You’re really seeing a rally in a lot of different asset classes, even some that you may not expect to move in tandem upward like US large-cap stocks and gold for example. But you’re also seeing this in our REITs and bitcoin for example, which really marks our reversal from last year when you were seeing a lot of these asset classes downward trend and prices, with the more hawkish signaling we are getting last year from the Fed. And now we’ve seen that reverse and we’ve got this everything rally,” said Annie Massa for Bloomberg News.
For more market trends, visit ETF Trends.