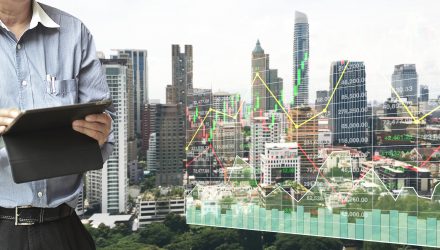 Despite last week’s declines, U.S. equities are off to a strong start with the Dow up 9 percent, the S&P 500 up 9.42 percent and the Nasdaq Composite 11.65 percent higher. As such, a positive risk appetite is returning to the capital markets, which is set the tone for small cap and cyclical equities during the month of February. 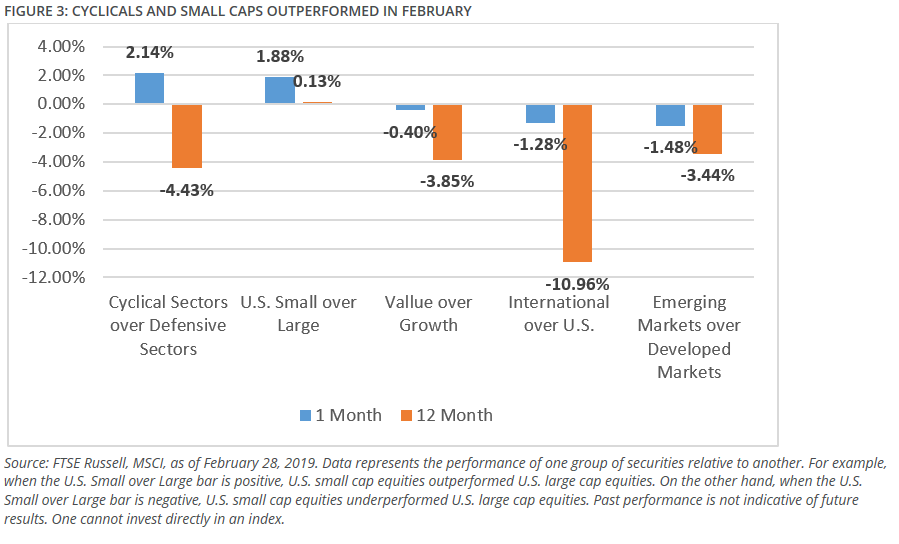 Heading into March, the fears of a global economic slowdown continue to permeate the capital markets. Last week, the Labor Department said that 20,000 jobs were added in February, falling well below a Dow Jones poll of economists who were expecting 180,000–it marked the weakest month of job creation since September 2017.

Prior to the release of that data, fears of a global economic slowdown also came out of the Eurozone on after ECB President Mario Draghi said its growth estimate was pared down to 1.1 percent after an initial forecast of 1.7 percent released in December.

Amid the wall of worry is, of course, the trade negotiations between the United States and China. Some market mavens are already saying that a permanent trade deal has already been priced into equities–evidenced by last week’s sell-offs.

Nonetheless, can small caps continue their momentum against large caps and can cyclicals maintain their lead over defensive sectors in March? There are ETFs investors can take advantage of to substantiate their opinions.