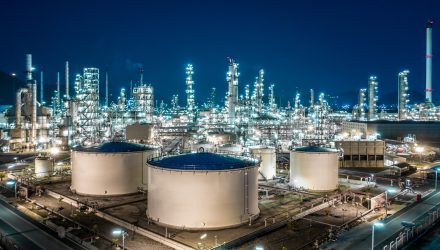 Crude oil was trading at $62.70 per barrel on Wednesday morning trading as tensions in the Middle East ramped up, a sharp pullback from the late Tuesday high of $65.65 a barrel.

Tensions have escalated since the death of Iranian Maj. Gen. Qassem Soleimani late last Thursday. Over the weekend, Iran stated that it would relinquish its commitment to the 2015 nuclear deal. In response, President Trump tweeted that the US would impose sanctions on Iraq if US troops are pressed into leaving.

Since this conflict began, Brent crude has increased by $4, Hussein Sayed, a chief market strategist at FXTM, wrote in a note early Monday. The price will likely be driven higher as the conflict persists, and could put additional pressure on stocks as well, he said.

“At $70-80 a barrel, the global economy is not likely to feel much impact from this raise in prices, but as we get closer to $100 there will be severe consequences,” Sayed wrote, adding that it could trigger “steep selloffs” in equity markets.

While past shocks to the oil market, such as the drone attack to Saudi Aramco last September, have resulted in initially massive rallies of as much as 20%, followed by a move back down to prevailing levels, analysts believe the same type of action could be in the works this time.

“It is unlikely that oil prices will soar to levels that will cause yet another global recession,” Ed Yardeni of Yardeni Research wrote in a note on Monday. “If Middle Eastern oil supplies are disrupted, ample strategic petroleum reserves are available to mute any oil price shock. Higher oil prices would also stimulate even more oil production by US frackers.”

Still, after years of languishing, in 2019, Brent crude gained 23% and WTI gained 35%, posting their best annual performances since 2016.