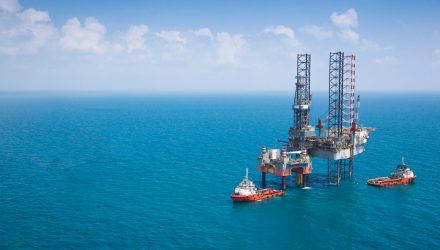 Iran shot down an American spy drone near the opening to the Persian Gulf overnight, under debatable circumstances, escalating tensions in the region and driving oil prices higher on fears of a war. The price of US oil soared 6% above $57 a barrel.

The United States promulgated plans earlier this week to send an additional 1,000 troops to the Middle East amid the rising tensions with Iran. US Secretary of State Mike Pompeo said Sunday that the United States is “considering a full range of options,” including possible military options, although he underscored the fact that President Trump does not want to go to war with Iran.

Lt. General Joseph Guastella, commander US Air Forces Central Command, explained during a briefing at the Pentagon that the US drone never entered Iranian airspace, and was shot down in an “an unprovoked attack.”

“This was an unprovoked attack on the US surveillance asset that had not violated Iranian airspace at any time during its mission. This attack is an attempt to disrupt our ability to monitor the area following recent threats to international shipping and the free flow of commerce. Iranian reports that this aircraft was shot down over Iran are categorically false,” Guastella said.

ETFs like the United States Oil Fund (USO), which invests primarily in listed crude oil futures contracts and other oil-related futures contracts, and may invest in forwards and swap contracts, reflected the chaotic market conditions, and spiked higher as well, trading 4% up on the day currently. The VelocityShares 3x Long Crude Oil ETN (UWT) had even greater gains, and is up nearly 12% on the day.

The attack is having a global impact as UN Secretary General António Guterres stated that he is “very concerned” about developments in the gulf, including reports of the downing of a US drone by Iran, and “appeals to all sides to exercise maximum restraint,” according to his spokesperson.

“The Secretary-General is very concerned about developments in the Gulf region, including the reported downing of a United States drone by Iran. He appeals to all sides to exercise maximum restraint and avoid any action that can escalate the already tense situation. The Secretary-General stresses that the world cannot afford a major confrontation in the Gulf region.”