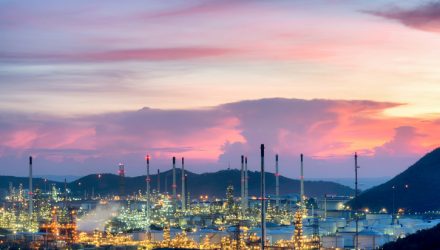 Why Oil Price is Moving on Saudi Oil Facility Attack

Following more news and speculation regarding the attack on a Saudi Arabian oil facility, Rapidan Energy’s Bob McNally and Jason Bordoff, former special assistant to President Obama, spoke on the subject during CNBC’s “Squawk on the Street.” on Monday.

McNally first commented on statements given by U.S. Energy Secretary Rick Perry. He noted how Perry’s message put a focus on doubling down on Iran’s involvement.

“The world’s economy suffered a stroke on Saturday,” McNally states. “And the extent of the stroke, and whether it’s going to lead to an authentic heart attack depends on two things; the extent of damage to the northern stabilization plant at the AB cake processing facility, and whether we have hard intelligence that Iran was involved in sponsoring this.”

McNally then suggests there will be at least a limited military response to the territory, entity or hardware involved in this attack. This vague bit of “expectation” has McNally sounding pretty confident, though he also has very little to offer beyond the stroke comparison.

What Happens To Oil Prices

The discussion turns to the rise of crude oil prices, with the potential to go even higher. When asked how much of this rise is production-related, and how much is risk premium-related, keeping in mind the possibility of conflict, Bordoff sees it as both.

“When the secretary says there’s plenty of oil in the world, that’s not quite right,” Bordoff says. “There were pretty thin margins of spare capacity, even before this happened, and the US shale revolution, while transformational, doesn’t provide spare capacity that can be ramped up and down quickly, and supply emergencies into the emergency stocks into the market when we need them.”

Bordoff adds he’s aware of the Strategic Petroleum Reserve, noting how within the most extensive oil disruption ever (nearly 6 million barrels a day), it may not be enough, depending on how long this persists.

He also brings up a new factor where the market is recognizing that relatively small but well-targeted and sophisticated attacks on the Saudi infrastructure can cause considerable disruptions in the global oil market. That’s not going away because the threat against those sources of infrastructure is going to continue.

When asked how safe and secure these structures are in the face of an attack, McNally jumps back into to say how they clearly weren’t reliable enough. Based on official photos showing the hits on the facility, there were precise shots taken to hit at critical points of these structures. This shows just how prepared those responsible were to hit in the exact spots intended. McNally also notes the risk of recurring attacks is not at all out of the question.

Discussing the matter further, it is explained just how significant the damage is. “This is not a replaceable piece of a pipeline or something,” McNally adds. “That’s why the facility is so important. It has equipment that’s very difficult to replace if hit.”

Watch This Discussion Over The Saudi Oil Facility Attack: