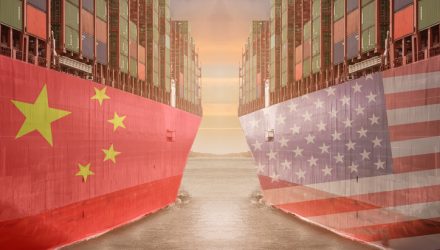 Odds of A Trade Deal? Depends Who You Ask

Investors are eagerly awaiting the outcome of an anticipated meeting between U.S. President Donald Trump and Chinese President Xi Jinping at the G-20 summit, hoping for signs of progress on a trade deal. But trying to judge the outcome of the meeting and subsequent likelihood of a deal is anyone’s guess. Here is what pundits are saying.

“What actually happened,” he said in a May 31, 2019 interview with Bloomberg, “was there were fundamental differences that weren’t being aired. From the Chinese perspective, they came in to negotiate a trade deal, and they left the negotiations feeling like they were negotiating terms of surrender.”

“Former prime minister Kevin Rudd has issued a bleak assessment of the US-China free trade deal, saying its chances of being delivered are ‘hovering at less than 50 per cent,’” according to a June 4, 2019 Financial Review article.

Bill DeRoche, Chief Investment Officer & Portfolio Manager at AGF Investments LLC, sees the likelihood of a deal in the next few months at 60%.

“The Chinese economy is definitely struggling so they need to get [the trade war]behind them,” he told ETF Trends yesterday. “It may not be everything we would like in a deal, but at the same time with the president coming up for reelection, he needs to be able to raise the flag as though he had a win here.”

Both sides are inclined to want to get something done, he said.

“A deal is such that not everyone is going to get what they want, but I think we’ll make some progress in the right direction. Our view is that something gets done.”

Jamie Dimon, CEO of JPMorgan Chase & Co., placed the odds of the U.S. and China reaching a trade deal at 80%, leaning heavier on the side of optimism. However, he later told Bloomberg in an article published May 7, 2019, “while he still believes there’ll be an agreement, the odds of ‘something bad happening’ have doubled.”

Jeremy Siegel, Wharton School professor, has the same odds. “The stock market sees about an 80% chance that the U.S. reaches a trade deal with China, but those odds decline by the day,” Siegel told CNBC in an article published May 28, 2019.

Siegel sees trade developments between the U.S., Canada and Mexico as a good indication the U.S. can make a trade deal with China. “However, the market will become more uncertain ‘every day and every week’ that a China deal doesn’t happen,” he told CNBC.

Trump and Xi will meet early Saturday at the G-20 summit taking place in Osaka, Japan.