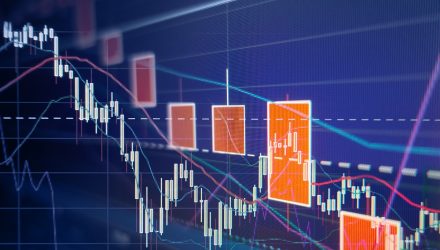 U.S. stocks traded higher just a week ago, and extended their rally Monday, before stagnating the remainder of the week. Stocks fought their way back from a brutal selloff last month, inspired by Federal Reserve Chairman Jerome Powell’s intimation that the central bank was open to relaxing its monetary policy to save the economy.

But despite the market’s valiant attempted recovery, not all investment banks and analysts are convinced that this rally will stick.

A recent reading of the economy from Morgan Stanley is signaling that the market will languish in June or experience a “June gloom.”

Morgan Stanley’s Business Conditions Index, which identifies turning points in the economy, fell by 32 points in June, to a level of 13 from a level of 45 in May. This drop is the largest one-month decline on record and the lowest level since December 2008 during the financial crisis, according to the firm.

“The decline shows a sharp deterioration in sentiment this month that was broad-based across sectors,′ economist Ellen Zentner said in a note to clients. “Fundamental indicators point to a broad softening of activity, but analysts did not widely attribute the weakening to trade policy.”

No doubt there is a lot of uncertainty still present in the markets.

After a brutal May, where stocks lost more than 6% amidst trade war concerns about China and more recently Mexico, the stock market has rallied back fiercely, regaining much of its lost ground. Much of the recovery however, seems to be linked to expectations that the Federal Reserve will cut rates accordingly, if the market needs salvaging. But the question of whether this is a short-lived oversold bounce, or something more sustainable is on many investors’ minds.

The manufacturing subindex business conditions fell sharply to zero, “a decline that was likely exaggerated by the recent turn lower in oil prices, while marking the lowest level for the subindex on record,” Zentner said. The services subindex also fell to 18 from 35.
Still, some analysts have a more sanguine view of how June may play out.

“I think it goes back to its highs. This would be a pretty quick recovery from a pullback. Normally, it takes about a month and a half to get back to break-even. This could happen in less than half a month,” said Sam Stovall, chief investment strategist at CFRA.