You are at:Home»Relative Value Channel»Minding The Gap Between Large & Small Cap ETFs 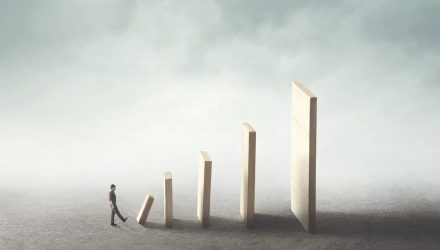 The gap between large caps and small caps this year “is a sharp departure from 2018’s US equity market performance, with the Russell 1000 losing only 4.8% while the Russell 2000 lost a much larger 11% on the year,” according to FTSE Russell.

Market observers warned that small caps often struggled as an economic expansions neared their end, especially since they are hampered by rising wages and borrowing costs, which may be particularly likely in the years ahead.

Optimism As A Driver

Investors’ more optimistic views about global economies could be one of the reasons small caps are surging to start 2019.