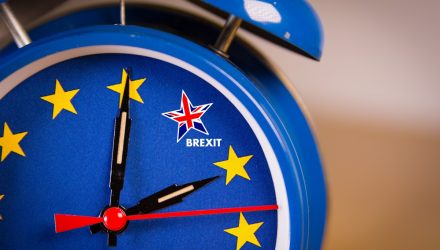 Ian Young October 16, 2019
Markets are down slightly Wednesday and trading in a relatively narrow range so far, as investors struggle to make sense of mixed data. Retail sales numbers were weak across-the-board, while bank data was strong with growing loan growth, but a Brexit deal remains uncertain, and is troubling the market.
“Some people think what we may have done again with the trade wars is pull some business forward,” said Art Cashin of UBS on CNBC. “People might have bought earlier, seeing this as a little bit of a slump. The other thing, mixed thing we’ve got going here is confusing signals on Brexit. Some of the Europeans are saying there’s progress being made, and the British are not coming forth with any follow up. So we’re getting a little push poll here.”
Brexit is coming down to the wire as the deal is supposed to be completed by October 31, otherwise an extension will be required.
“Johnson said he would not ask for an extension. The big question here is: they may be able to make a deal with Europeans, but can they make a deal with their own Parliament?” Cashin said. “ And that’s why you’re getting this kind of mixed feeling here. I think it would’ve put a real bid under the market,” he added.

Donald Tusk, the president of the European council, has said the “foundations” of a Brexit deal are set for approval by EU leaders but that Brussels is waiting on London after last minute “doubts” in Downing Street.

Tusk said it would be demonstrated by the end of Wednesday whether Johnson had the political backing to go ahead with the revised withdrawal agreement and political declaration on the future relationship with the bloc.

He told the Polish broadcaster TVN24: “The basic foundations of an agreement are ready and theoretically tomorrow we could accept this deal with Great Britain.

“Theoretically in seven to eight hours everything should be clear. I was hoping that this morning we would receive a complete negotiated legal text – the agreement.

“Yesterday evening I was ready to bet that it’s all set and agreed, today there are certain doubts on the British side.

“Everything is going in the right direction, but you will have noticed yourselves that with Brexit and above all with our British partners anything is possible.”