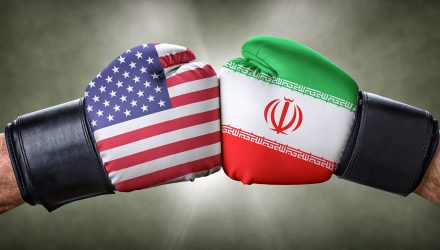 “As we continue to evaluate options in response to Iranian aggression, the United States will immediately impose additional punishing economic sanctions on the Iranian regime,” Trump said in an address to the nation.

In contrast to a counterattack, sanctions, despite their severity, would represent a considerably more tolerant approach to the current tensions between the U.S. and Iran, which began Thursday when an American drone killed top Iranian Gen. Qasem Soleimani.

In response to the killing of Soleimani, Iran on Tuesday fired 15 missiles at several Iraqi military bases housing U.S. and coalition forces involved in the fight against ISIS, damaging the facilities.

But rather than promulgating a military offensive, Trump’s remarks were more cautionary on Wednesday, even  uncharacteristically positive.

“I’m pleased to inform you, the American people should be extremely grateful and happy,” Trump said. “No Americans were harmed in last night’s attack by the Iranian regime. We suffered no casualties. All of our soldiers are safe and only minimal damage was sustained at our military bases. Our great American forces are prepared for anything.”

“Iran appears to be standing down, which is a good thing for all parties concerned and a very good thing for the world,” Trump said. “No American or Iraqi lives were lost because of the precautions taken, the dispersal of forces and an early warning system that worked very well.”

The S&P 500, which has had a tenuous start to 2020, plunged over 2% overnight, before recovering all of its losses prior to the open, and currently sitting within spitting distance of all-time highs. The iShares Trust Core S&P 500 ETF (IVV), which had also been off earlier based on the broader market fall, has since rallied back, up 0.66% on the day.

Meanwhile, crude prices, which had climbed nearly $3 a barrel on the WTI contract, to reach $65.50 before falling off dramatically after concerns over the Iran counterattack eased, are now trading back below $60 a barrel, while stocks have once again approached all-time highs.

Crude oil prices fell even more after the Energy Information Administration reported a crude oil inventory build of 1.2 million barrels for the first week of the new year.

The United States Oil Fund LP (USO), which had seen a similar spike in price during the news of the Iran attack, is now off nearly 5%, echoing the collapse in crude oil futures.