You are at:Home»Relative Value Channel»Markets Get An Early Boost From Robust Earnings 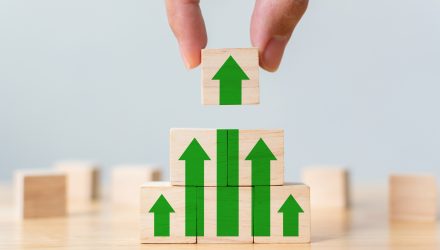 Markets Get An Early Boost From Robust Earnings

Although they have fallen off recently due to renewed concerns over the trade war, the major market indices once again rallied to fresh all-time highs, after a solid move higher Monday and Tuesday, as the corporate earnings season began with J.P. Morgan Chase and Citigroup posting stronger-than-forecast quarterly results.

Citigroup’s earnings were boosted by robust fixed-income trading as well, with revenue from that business rocketed 49% higher. Shares of the banking giant were improved by 2.6%.

While the numbers are definitely being celebrated by the banks, analysts note that it is important to consider the backdrop from which those numbers arose.

“Year over year that number looks great, but let’s not forget the fourth quarter of 2018 was miserable,” said JJ Kinahan, chief market strategist at TD Ameritrade. Still, “this was a good way to start the earnings season.”

Aside from the banking stocks, Delta Air Lines also beat earnings expectations, bolstered by lower fuel costs and healthy travel demand. The results drove the airline company shares up by 3.5%.

Still, apart from the robust results from J.P. Morgan, Citi and Delta, prognostications for the corporate earnings season were low. S&P 500 profits were forecast to decline by 2% in the fourth quarter on a year-over-year basis, according to FactSet.

“The market continues to be in an extreme overbought condition that indicates the recent gains could be temporarily given back, while the fundamental backdrop driven by our core thesis and EPS suggest buying any meaningful weakness,” Tony Dwyer, chief market strategist at Canaccord Genuity, said in a note.

As many experts are forecasting diminished upside potential for stocks in 2020, and for those investors concerns about getting involved with growth stocks at such lofty levels, it makes sense for investors to consider adding the value factor to their portfolios via ETF exposure.

One ETF option is the  Deep Value ETF (NYSE: DVP), which seeks to track the price and total return performance of the Deep Value Index, which is composed of the common stock of typically 20 companies included in the S&P 500 that have been selected through a proprietary ranking system developed by the fund’s index provider, that evaluates the earnings and cash flows of each company to create a final universe of companies that are deeply undervalued as compared to the S&P 500 overall.

Another option is the  Vanguard Value Index Fund ETF Shares (NYSEArca: VTV). VTV seeks to track the performance of a benchmark index that measures the investment return of large-capitalization value stocks.