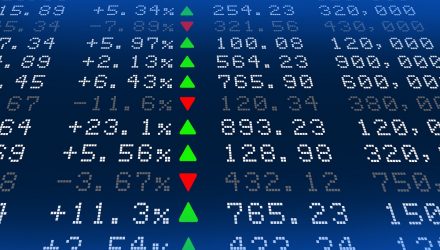 Market Rally Could Be Fueled By Pain

With earnings season getting underway this week, investors in the market are getting anxious about buying near all-time highs, which could actually be a good thing according to experts.

The earnings storm begins Tuesday, and won’t let up for several weeks. JPMorgan Chase (JPM), Netflix (NFLX), CrowdStrike (CRWD), eBay (EBAY) and Microsoft (MSFT) are among the many notable earnings releases this week.

While U.S. stocks have been retracing the path back to fresh all-time highs since last month, blasting higher after President Donald Trump’s meeting with President Xi, the Fed’s intimation that interest rates could be cut, and now impending earnings releases, still not everyone is convinced this rally is for real.

Investors have cautiously edged back into the stock market after fleeing in June, following a brutal May selloff, but with a distrust that could prevent the current rally from overheating, according to the latest Bank of America Merrill Lynch Fund Managers Survey.

“The dovish Fed and trade truce have caused investors to reduce cash and add risk, but their expectations of an earnings recession and debt deflation still dominate sentiment,” Michael Hartnett, BofAML’s chief investment strategist, said in a statement. “The pain trade for the summer remains up in stocks and yields.”

There is a term known as the “Pain trade”, which refers to a market move that catches investors off guard. Investors fear missing out on the move that runs away without them, driving the market higher. Hartnett’s statement, then, suggests more gains for the stock market and a drop in bond prices, which move opposite yields.

Still, market conditions remain tenuous as the Fed has strongly intimated that it is likely to cut interest rates as it attempts to mitigate the effect of trade conflicts and expectations that the economy may soften somewhat in the 11th year of a historical bull market.

“The bullish move that some equity markets enjoyed thanks to the slight improvement in US-China trade talks, and the chatter about the Federal Reserve lowering rates, has run out of steam, and some traders are taking a breather,” David Madden, market analyst at CMC Markets UK, in a daily research note.

Meanwhile, investors looking to jump on board could look into broad market ETFs like the Vanguard Total Stock Market ETF (VTI).