You are at:Home»Relative Value Channel»Look to Emerging Market ETFs for Opportunities 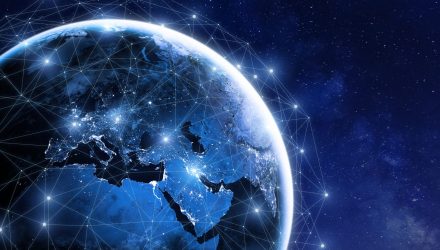 As more look to the emerging markets to capture a cheap opportunity, investors can consider exchange traded funds to focus on targeted developing economy plays.

“This is one of the best times to diversify into emerging markets,” Luca Paolini, chief strategist at Pictet Asset Management, told CNBC. “Everything is pointing to outperformance in emerging markets.”

Investors are betting on the newly appointed President Jair Bolsonaro will push through key reforms, especially some major changes to the country’s outdated pension system this year. Brazil’s generous pension system allows most working citizens to retire in their 50, which has led to massive debt levels in Brazil and contributed to the country’s recent economic troubles. Bolsonaro said last month the minimum retirement age for men and women could be increased to 62 and 57, respectively.

“Confidence levels have increased steadily since October, backed by the government’s liberal agenda,” Larry Brainard, chief economist for the EM team at TS Lombard, wrote in a note. “The confidence boost is crucial to sustain the rebound but it must be followed by concrete progress on reforms. Longer-term, sustainable growth is possible only if structural reforms are made

Some also see opportunity in EM debt. For example, in Mexico, relatively high yields make their bonds attractive as they trade near their lowest levels in nearly a decade.

“Mexican bonds are under-loved and pricing in the worst-case scenario,” Amr Abdel Khalek, emerging markets strategist at MRB Partners, told CNBC. “We don’t see peso bonds as the strongest outperformer in a universe of EM local-currency denominated bonds, but the combination of peso undervaluation and the relatively rich yields mean that they can outperform the benchmark on a 6-12 month basis.”

ETF investors can look to something like the iShares J.P. Morgan EM Local Currency Bond ETF (NYSEArca: LEMB) to gain exposure to local currency-denominated emerging market bonds. Emerging market bond ETFs may also provide another layer of emerging country diversification since they do not include as large a tilt toward emerging Asian economies, notably China, South Korea and Taiwan. LEMB’s top country weights include Brazil 14.6%, Mexico 7.4% and Indonesia 5.7%.

Additionally, some argue that a trade deal between the U.S. and China would be good for emerging market banks. At the same time, the Federal Reserve has signaled it will be patient on further interest rate hikes. The shift in monetary policy, along with improving fundamentals, should boost emerging-market banks, according to Philip Finch, global banks strategist at UBS.