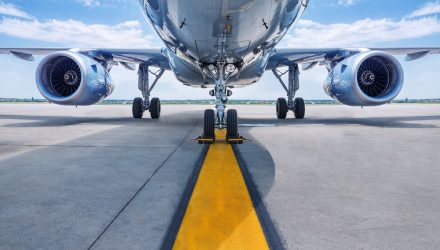 Missiles and Fire Control sales increased 14 percent year-over-year to $2.6 billion for the third quarter, according to recent reports. The increase was credited to higher net sales of $200 million for an elevated volume of precision fire and new hypersonic development programs.

Lockheed raised its estimate for 2019 earnings on Tuesday as quarterly profit climbed 9.2% amid improved sales of its F-35 fighter jets, sending shares higher even as it forecast lower cash flow for next year.

The company also said the “preliminary outlook for 2020 assumes there is no impact from U.S. Government actions related to Turkey.” The U.S. and Turkey are presently enmeshed in a dispute over a Russian missile defense system and its effect on Turkish defense purchases.

Lockheed estimated 2020 cash flow of $7.2 billion, lower than its 2019 year-end estimate of $7.6 billion, which flustered investors, dropping the stock down about 3% in pre-market trading, but shares recovered those losses after the market opened and were up 0.8% at $377.16. As of 2 pm EST stock is currently trading off that level once again at around $370.79 per share.

Jeff Bezos, the founder of Amazon and space venture Blue Origin, released plans on Tuesday for his company to work with Lockheed Martin, and other industry titans Northrop Grumman and Draper to build a human-capable lunar landing system.

“We have put together a national team to go back to the moon,” Bezos said, speaking at the 70th International Astronautical Congress in Washington, D.C.

Lockheed Martin will craft the vehicle that will then return astronauts from the surface of the Moon, also known as the “Ascent Element.” That Lockheed vehicle will be reusable, Blue Origin said. Lockheed will also spearhead operations and training of the flight’s crew.