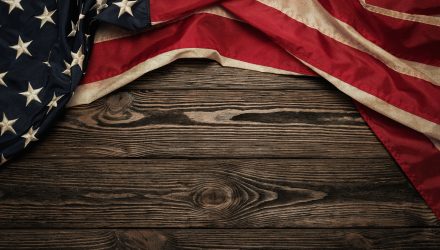 Lean on the U.S. Economy as Global Growth Experiences a Slowdown

The U.S. capital markets stumbled into 2019 after a slipping and sliding through a fourth quarter to forget–the Dow Jones Industrial Average fell 5.6 percent, while the S&P 500 was down 6.2 percent and the Nasdaq Composite declined 4 percent. Still, in the wake of an economic slowdown in the global economy, it’s best to lean on the U.S. for strength.

“This economic cycle has been the slowest on record, but also one of the longest,” noted a Direxion Investments Relative Weight Spotlight report. “Looking ahead, most well-followed indicators are still pointing toward expansion. However, on a rate of change basis, we are seeing many of these same measures begin to slow, including the most recent Purchasing Manufacturing Indexes (PMIs) across developed and emerging markets which have remained in expansion territory, but well below levels seen earlier in the year.

“This does not necessarily point to an outright contraction anytime soon, but illustrates the natural state of a lengthy expansion getting lengthier, especially as additional means to stimulate growth may be limited as the multiplier effect of stimulus sees less impact at later stages of a cycle as opposed to coming out of a contraction.”

“With this being the case, economic growth is expected to slow marginally in 2019 after strong growth in 2017 and 2018,” the report added. “While long-term impacts of the US tax cuts may be limited, both critics and supporters say it may take years to draw conclusions on their effect, but benefits should continue to be seen in 2019.

“As written in recent Fed minutes, the US economy is at or close to full employment, highlighting that additional job growth may come at the expense of an overheating economy. The results of the midterm elections will likely mean that there will be no additional tax cuts or meaningful spending packages coming down the pipe in the US, especially when funding for border security is being used as a bargaining chip during the recent government shutdown.”

The higher U.S. GDP comes global economic growth remains a primary concern. Earlier this month, the IMF cut its global growth forecast to the lowest level since the financial crisis, citing the impact of tariffs and a weak outlook for most developed markets.

A mix of Chinese stimulus measures have been providing the fodder for economic growth, such as lower taxes, no corporate tax breaks, monetary policy adjustments, and more market access for foreign companies to set up shop. All in all, Wall Street is looking at the Chinese government’s latest efforts as a net positive for its economy, which makes it rife for investment.