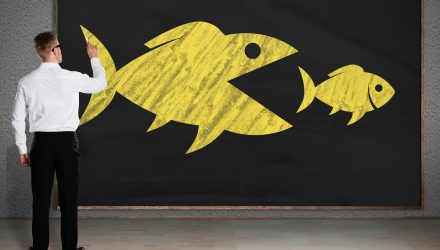 Large Caps Underperformed Small Caps in June, But Will it Last?

Prior to a volatile climate in May that saw a U.S.-China trade deal hit a pothole, large cap equities were already outperforming small cap equities until the month of June, according to the July edition of Direxion Investments’ Relative Weight Spotlight. However, if the Federal Reserve’s hint of rate cuts to come are indeed due to a forthcoming global economic slowdown, investors may want to stay in large cap equities to blunt the impact.

On the other hand, supporting academic research shows that stocks with a smaller market capitalization typically outperform their larger peers over the long term. However, small-cap investors will need to exercise patience, particularly since small cap equities have been lagging the past year.

The S&P SmallCap 600 index is down 8.4% compared to a year ago, while the large-cap S&P 500 gained 9.4% during the same time. This small to large gap in performance is the largest since 1999, according to Keith Lerner, market strategist at SunTrust Advisory Services.

“It’s surprising to see how much small caps have underperformed large caps this year,” said Todd Rosenbluth, head of ETF & Mutual Fund Research at CFRA. “There are a lot of things that should have made an environment that is favorable for small caps, but they haven’t been helping.” 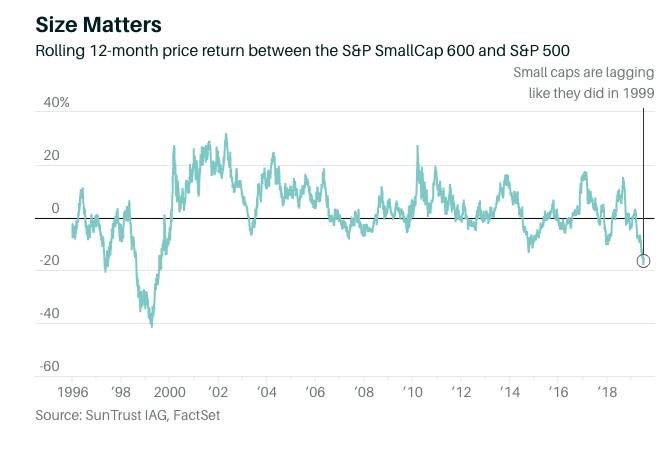