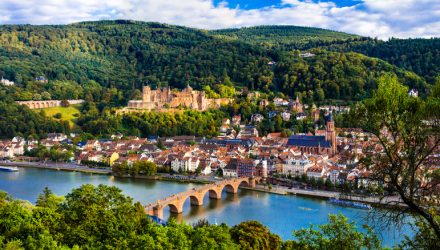 How To Trade During ETF Slowdown In Europe

With poor manufacturing numbers coming out of the Eurozone, reviving concerns about slowing growth, and other factors putting the hurt on ETFs, CNBC’s Bob Pisani spoke with Astoria’s John Davi and Salt Financial’s Alfred Eskandar to discuss what moves to make on the latest ‘ETF Edge’ segment.

Beginning with Eskandar, when discussing how Europe has underperformed for five years in the US, and the European ETFs, such as the Vanguard European Stock Index ETF (VGK), have similarly been stagnant, Pisani wants to understand why this has continued to be the case. Eskander explains how it’s a flight to quality by region.

“If you look at the European markets, decentralized, you’ve got different political issues in each region, and certainly Brexit for the last year and a half has not helped build any confidence and consensus,” Eskander stated.

Part of this issue comes down to the European economy being less dynamic than the US. Still, when it comes to how to trade, the hedged currency idea (WisdomTree’s HEDJ is one that’s out there) affects weaker Euro, which makes sense.

As explained by Davi, “I do think you want to own some Europe, because the valuation spread of Europe vs. US is that multi-deck of heights.”

When questioned about what separates what Davi is saying about quality against other ETFs, he notes how it comes down to European banks, Japanese banks, and cyclicals. Because the IHDG strips out a lot of financials, it comes down to higher-quality stocks within Europe and other regions.

Turning the question towards whether or not things will ever turn back around for Europe, Eskander adds how he doesn’t see anything happening soon if looking at just Q4 alone, given continued Brexit concerns and uncertainty in a fragmented market.

Davi adds, “I think the catalyst is that now you actually have Central Bank, the ECB, with this open-ended QE program.”