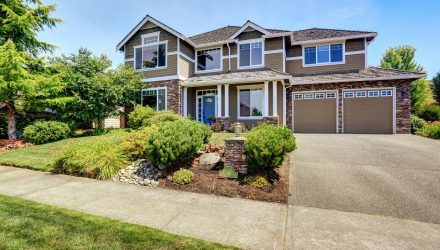 Housing Market May Be Slowing Based On Qualification Stigma

Most investors are still keenly aware of the dangers of banks having overly lax credit lending standards. They recall the subprime mortgage crisis of 2007–10, which resulted from an earlier expansion of mortgage credit, including lending to borrowers who previously would have had difficulty getting mortgages, which both contributed to and was facilitated by rapidly rising home prices.

Historically, potential home buyers found it difficult to obtain mortgages if they had below average credit histories, provided small down payments or targeted high-payment loans. Unless protected by government insurance, lenders often rejected these mortgage requests. While some high-risk families could obtain small-sized mortgages backed by the Federal Housing Administration (FHA), others, plagued by limited credit options, rented. In that era, home ownership vacillated around 65 percent, mortgage foreclosure rates were low, and home construction and house prices mainly reflected swings in mortgage interest rates and income.

Fast forward to 2019, when housing prices are once again peaking in many areas. This time however, manifold potential home buyers are leery about purchasing, believing they may not qualify for a loan, due to the dramatic tightening of lending standards following the subprime mortgage crisis and the collapse of the U.S. housing market in 2008.

Though the plan was not intended to keep potential buyers out of home ownership, it appears that a lot of them got the wrong idea.

According to a recent Fannie Mae survey of more than 3,000 people, the majority of consumers now think it is much harder to qualify for a home loan than it actually is. Respondents believed they needed much higher credit scores and bigger down payments than necessary. They also didn’t have sufficient knowledge regarding their credit scores or the minimum debt levels lenders require.

“I think it’s because it’s a very infrequent transaction,” said Doug Duncan, Fannie Mae’s chief economist. “Most buy a house or refinance maybe four to five times in their life. It’s not like your checking account which you check daily or your credit card account which are a regular part of your daily transaction of life.”

All of this adds up to the housing market potentially slowing down due to consumer misinformation. In addition, the cause of recent weakness is most likely mortgage interest rate increases. From September 2017 through November 2018, the interest rate on 30-year mortgages increased from 3.8% to 4.9%. Sales of existing homes dropped sharply, with about a one-month time lag.

However, a languishing housing market may be short-lived as the Fed has indicated that it may cut rates as necessary, which will spur consumer interest in housing, and potentially drive the market higher once again.