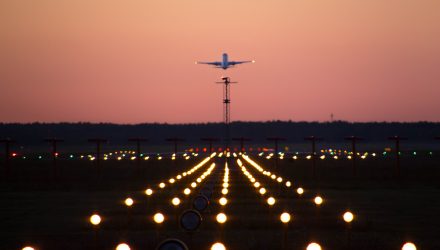 Shares of Boeing continued to face downward pressure on Tuesday despite the Federal Aviation Administration backing the aircraft manufacturer by deeming the Boeing 737 MAX 8 plane still airworthy after being involved in a deadly crash in Ethiopia over the weekend.

The incident marked the second deadliest crash involving the Boeing 737 MAX 8 within a span of just five months. This past weekend’s crash took place shortly after takeoff and killed all 157 passengers on board.

Aviation officials in China, Indonesia, Singapore, Australia and Malaysia have already ordered the grounding of the aircraft. British regulators followed suit shortly thereafter, but the FAA has not been as quick to respond similarly just yet.

“External reports are drawing similarities between this accident and the Lion Air Flight 610 accident on October 29, 2018,” the FAA said in its notice. “However, this investigation has just begun and to date we have not been provided data to draw any conclusions or take any actions.”

In January, Boeing posted an adjusted $5.48 per share during the fourth quarter, easily besting expectations in a Refinitiv survey of analysts who forecasted an EPS that was 91 cents lower. In addition, Boeing boasted strong revenue of $28.3 billion, which was $1 billion more than Wall Street expectations.