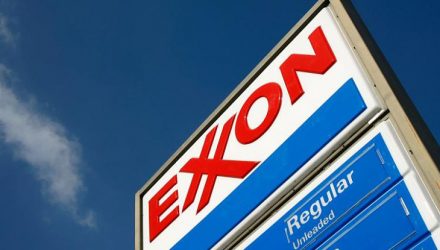 Dragging on the energy sector, Exxon Mobil stated first quarter profits tanked for its downstream business that focuses on refining oil into fuels like gasoline due to high stockpiles, along with a heavy slate of refinery maintenance, CNBC reports. The energy giant also warned that maintenance costs will continue to weigh into the second quarter.

Exxon generated $2.35 billion in the first quarter, compared to the $4.65 billion a year ago, with earnings per share at 55 cents, compared to expectations of 70 cents.

Further weighing on the energy sector, President Trump said he called the global oil cartel about the high price of crude, which led to a 3.4% decline in West Texas Intermediate crude oil futures to $63.0 per barrel.

Prices also continued to extend losses following the report on expectations that major producers like Saudi Arabia would increase oil output to offset the shortfall in Iranian crude due to the U.S. sanctions. The White House previously ended waivers for buyers of Iranian oil after they expire on May 2, which could reduce Iran’s oil output from 1 million barrels per day to 500,000 barrels per day.

“You’re going to see the Saudis and the Nigerians and maybe the Russians pick up the ball a little bit. But they’re also signaling that they’re going to wait and see how bad it is,” Donald Morton, senior vice president at Herbert J. Sims & Co., told the Wall Street Journal. “They want to see the actual impact of this cut.”