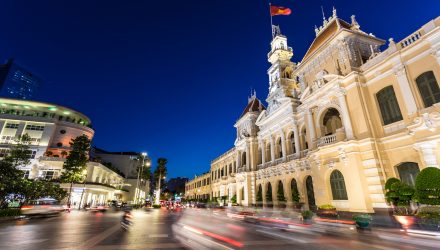 Emerging Markets Might Be Down, but They’re Not Out

“Emerging markets are bearing the brunt of an escalating trade war between the world’s two largest economies and there is no certainty on when this ends,” wrote CNBC’s Spriha Srivastava. “Last week was the worst for emerging market currencies since the Turkish lira crisis of summer 2018. The Chinese yuan has lost nearly 3% of its value against the U.S. dollar since May 5 — the day President Donald Trump tweeted about new tariffs on the country.”

Global investment firm Goldman Sachs is saying “enough is enough” in the EM space with significant risks ahead as the U.S.-China trade spat continues to bring uncertainty to the capital markets.

“We have scaled back overweight exposure to EM (emerging market) currencies and EM debt until we gain clarity on the direction of travel for both U.S.-China trade relations and global growth, with the two being interconnected,” Goldman Sachs Asset Management (GSAM) said in a note.

The move by Goldman Sachs comes after China responded to the latest tariff increases by U.S. President Donald Trump by promising to take “necessary countermeasures” if the Trump administration followed through on its threat to increase tariffs on Chinese goods.

China’s Commerce Ministry followed suit with retaliatory moves after U.S. tariffs on $200 billion of Chinese goods were increased to 25% from 10% as promised by the Trump administration. In turn, China retaliated with its own tariffs: