You are at:Home»Relative Value Channel»Dow Slides Over 100 Points to Start Week 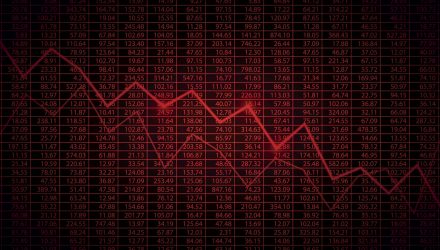 A Boeing downgrade and a General Electric price target cut were partly to blame for the Dow Jones Industrial Average sliding over 100 points to start the trading week on Monday.

Bank of America Merrill Lynch downgraded its rating of Boeing from buy to neutral, causing the embattled airline to fall as much as 3.5 percent. The bank cited a delay of the 737 Max jet that has been the cause of controversy the past month will be delayed six to nine months.

J.P. Morgan slashed its price target of GE from $6 to $5 a share, saying that they “believe many investors are underestimating the severity of the challenges and underlying risks at GE, while overestimating the value of small positives.” GE is struggling to recapture investor confidence since January 2017 when its shares were trading at about $31 per share versus its current value at under $10 per share.

Last week, markets were given a boost when Job growth in March made a comeback following a less-than-stellar February as 196,000 jobs were created as opposed to 175,000 expected by economists. The better-than-expected payrolls brings the three-month average to a strong 180,000 jobs created per month. That number is lower than the 223,000 jobs created in 2018, but falls in line with a robust labor market.

“From our perspective, the market will need beat and raise results in order to justify the premium valuation against the current economic and geopolitical backdrop,” Piper Jaffray’s Johnson said.

Will a drop this week in U.S. equities allow large cap equities to blunt the impact of a short-term downturn versus small cap equities?