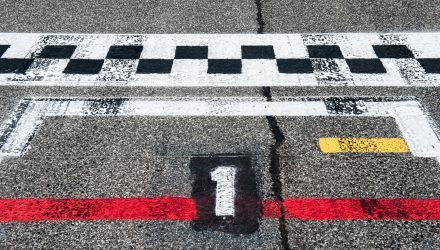 One month into 2020 and the coronavirus is already causing investors to look back at the year that was—2019—a glorious one for U.S. equities in particular, based on Direxion’s latest Relative Weight Spotlight post. While economic data was positive, it was the U.S. financial markets that were brimming with enthusiasm.

“2019 witnessed a disconnect between leading economic indicators and financial markets that saw manufacturing data across the globe contract, the U.S. yield curve invert, and ongoing reports of relatively modest corporate earnings, but stocks continued to make new all-time highs,” the Relative Weight Spotlight post revealed. “In fact, 2019 brought a rally in risky asset classes across the board that, in many ways, stemmed from events that were avoided, as the worst fears around the U.S.-China trade relations and a hard Brexit did not come to fruition.”

Heading deeper into 2020, the latest Federal Reserve rate decision showed the central bank was willing to stand pat until it receives more data. Regardless of whether rates go up or down, don’t expect the Fed to be influenced politically in this election year.

“Most importantly for investors is that, in contrast to this time last year, financial conditions are extremely easy, and we believe that the Fed will be less influenced by politics in an election year than some might assume,” the post added. “The same can be said for major central banks around the globe as most, including China, have recently embraced more accommodative stances with a bias toward additional easing.”

As far as winners go in 2010, U.S. equities were the unanimous victors. Looking at specific corners of the market, there was strength to be had in growth-focused equities and cyclical sectors.

“Geographically, U.S. markets were the overwhelming winner in 2019, beating international markets by 9.23%,” the post noted. “The Russell 1000® Index had the second best return in the decade and seventh best since its inception. Last year’s gains were broad-based with all sectors in the green. With the Russell 1000® Growth Index returning 36.39%, growth stocks beat value last year by 9.85%.”

“Even more impressive was cyclical sectors outperforming defensive sectors by nearly 15%. This contrasts to the narrative that last year was a risk-off rally as large caps beat small caps again by a healthy margin as investors favored higher quality companies in the face of economic uncertainty. Investors went up in quality overseas as well with emerging markets (EM) underperforming their developed markets (DM) counterparts by 4.80% in 2019.”