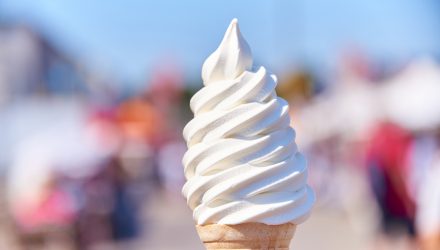 Defensive Sector was May’s Flavor of the Month

To start 2019, a positive risk appetite returned to the capital markets as U.S. equities bounced back from their fourth-quarter doldrums, but risk-off was back in May as the capital markets got a taste of the volatility they haven’t experienced in months. During this time, it was defensive sectors that became the flavor of the month as investors sought to safe havens to shield them from the volatility.

In its latest Relative Weight Outlook report, Direxion mentioned that “investors spent the month of May reducing exposure to both Cyclical and Defensive Sectors with $3.25 billion out of Cyclicals and $2.19 billion out of Defensives as ETF investors seemingly choose not to discriminate between either group. Notable, however, is the pace and frequency of the relative strength in flows between these market segments. Cyclical and Defensive sectors have alternated leadership in flows on a monthly basis throughout the entire calendar year. Figure 4 shows the month-over-month relative strength in flows between Cyclical and Defensive Sectors.” 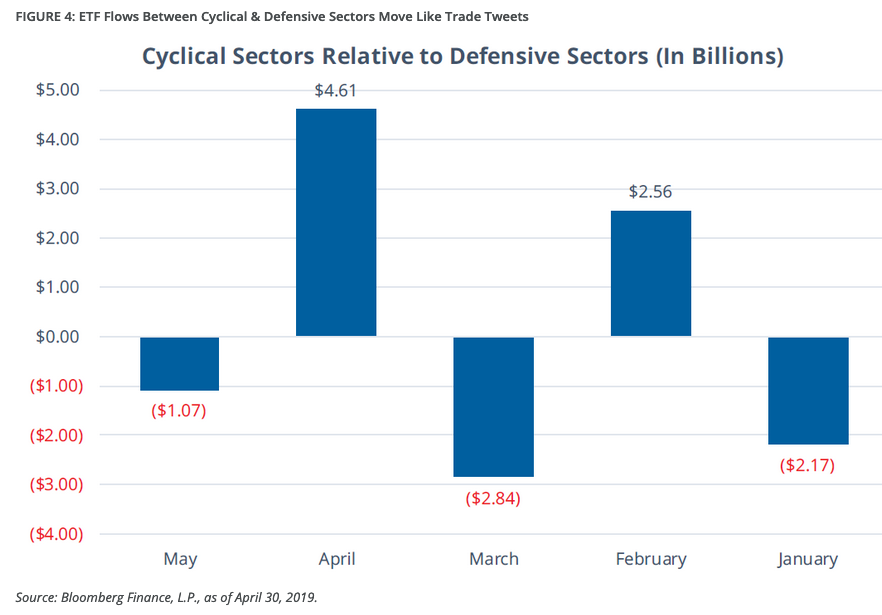 Heading into June, the fears of a global economic slowdown continue to permeate the capital markets. Amid the wall of worry is, of course, the trade negotiations between the United States and China.

With a permanent trade deal already been priced into equities–May was highlighted by mass sell-offs after the U.S.-China trade deal that was supposed to happen went under.

“This drubbing was broad based as five of the six cyclical sectors underperformed the market with the expectation of Communication Services outperforming. On the flip side, Real Estate and Utilities outperformed the broader market by over 500 basis points, and Consumer Staples names outperformed by nearly 400 basis points. The Defensive Sectors basket was not without its own laggard, as the Energy Sector struggled in May as oil fell over 11%.”