You are at:Home»Relative Value Channel»Consumer Staples Are Having a Banner Year, But Will it Last? 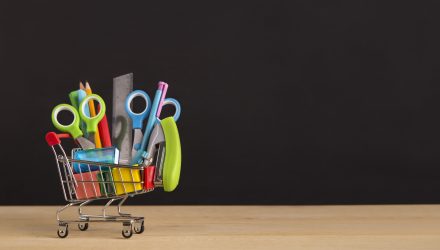 Consumer Staples Are Having a Banner Year, But Will it Last?

Consumer staples are having a banner year, but as fears of a recession coupled with slower global growth continue to settle in investors’ minds, will this portend to further strength or weakness?

Some analysts see other opportunities within the capital markets.

“I do think there are better places to be in the market,” Nancy Tengler, chief equity strategist at Tengler Wealth Management told CNBC. “These valuations are pretty stretched.”

“One month of retail sales numbers doesn’t have me concerned. We think the consumer is in great shape for all the obvious reasons: interest rates, employment, gas prices are tame,” she added. “But we do think some of the consumer stocks are overvalued.”

CNBC listed some of the year’s best performers consumer staples:

“We’ve been selling a lot of those names. We exited Costco last week on a valuation basis. It’s just too overdone for us,” she said. “We do still hold PepsiCo, but we’ve trimmed Apple, which I think is kind of consumer-y. We’ve also trimmed Starbucks, Home Depot, Procter & Gamble, and we’re still holding onto things like Walmart.”

From a relative ETF standpoint, there could also be an angle to be had when looking at cyclical equities over defensive equities. Strength in consumer staples can translate into further strength for defensive equities as investors look to safer havens when the markets turn awry.

However, with third-quarter earnings looking better than expected thus far, investors may be more apt to turn up the risk and look back into cyclical equities for higher gains. Either way, relative ETFs offer investors the chance to play both sides.