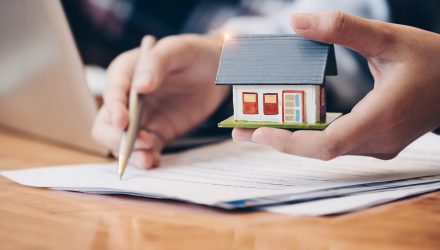 After strong prior interest in U.S. home purchases, foreign demand for U.S. residences dropped dramatically due to challenging conditions in the U.S. housing market  as well as tighter currency controls by the Chinese government.

The price of homes purchased by foreign buyers from April 2018 through March 2019 plummeted 36% from the previous year, due to a drop in the number and average price of purchases, according to the National Association of Realtors. Foreigners bought 183,100 properties with a total value of about $77.9 billion, down from 266,800 valued at $121 billion in the previous period.

“A confluence of many factors — slower economic growth abroad, tighter capital controls in China, a stronger U.S. dollar and a low inventory of homes for sale — contributed to the pullback of foreign buyers,” said Lawrence Yun, the National Association of Realtors’s chief economist. “However, the magnitude of the decline is quite striking, implying less confidence in owning a property in the U.S.”

No doubt due to the ongoing trade war, the Chinese government has tightened its grip on the outflow of cash to purchase foreign property. Chinese economic growth also slowed to 6.3% in 2019 compared with 6.9% in 2017, helping to precipitate the constriction of cash.

Based on observation, real estate agents in California have also observed a decline in Chinese buyer demand, especially in Southern California, which had been particularly popular with Chinese parents hoping to send their children to American colleges.

In the first quarter of this year, Chinese buyer inquiries for U.S. properties on Juwai.com, a Chinese real estate site, were down 27.5% from a year ago. Inquiries have been down in four of the last five quarters.

“We call it the Trump effect. It’s a combination of anti-Chinese political rhetoric, a clampdown on visa processing, and of course tariffs,” Carrie Law, CEO and director of Juwai.com, said in a recent interview. “The Trump effect is undercutting some of the primary drivers of Chinese demand for U.S. property, including buying homes for students who are studying in the U.S. and the country’s reputation as a safe investment.”
The Proshares Short Real Estate Fund (REK) and the Direxion Daily Real Estate Bear 3X ETF (DRV) are 2 ETFs that allow investors with a bearish view on real estate to participate in the market, Meanwhile, the Pacer Benchmark Industrial Real Estate SCTR ETF (INDS) is one of the best performing real estate ETFs this year for real estate bulls.
For more investing ideas, visit ETFtrends.com.