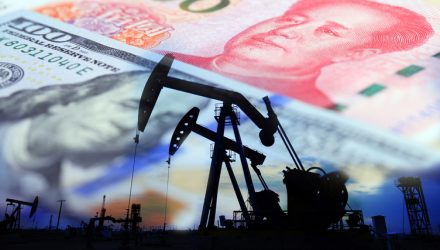 “Gains were limited due to the headline Chinese data released earlier on Monday, showing that China’s economic growth in the second quarter of this year was at 6.2 percent, in line with expectations but the weakest growth in the country in 27 years,” reports OilPrice.com.

“China’s industrial output and retail sales in June, however, trumped analyst expectations, suggesting that the state of the industry is not as bad as the gloomiest forecasts had it, and that oil demand growth could be supported through the end of the year,” according to OilPrice.com.

That industrial output report may have been the silver lining in the batch of data out of the world’s second-largest economy Monday and could bode well for oil prices over the near-term.

“Despite the lowest Chinese economic growth in nearly three decades, industrial data wasn’t all that bad and helped oil prices edge up early on Monday morning, with prices additionally supported by the fact that 72.82 percent—or to 1,376,265 bpd—of the current oil production in the U.S. Gulf of Mexico was shut-in as of Sunday in response to the tropical storm Barry,” according to OilPrice.