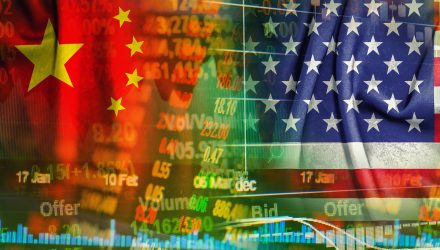 Ian Young June 27, 2019
While traditionally a meeting involving all the nations, focusing on global issues like the environment, concerns over trade, conflict, and oil will overshadow a summit of the Group of 20 major economies in Japan this weekend, with attention focused on a meeting between the leaders of the United States and China, who are embroiled in a protracted trade war.
However, while many investors are understandably expecting a deal that would highlight the benefits of what both countries have to offer, leading to a balanced overall trade deal, President Trump is unlikely to allow this to happen, according to experts.
China feels that any new agreement will need to be equitable, while U.S. Trade Representative Robert Lighthizer told his Chinese counterparts that balance won’t happen, according to CNBC’s Kayla Tausche, citing a person with knowledge of the White House position.
A key consideration as to  why the U.S. will not favor balance is because of China’s past trade sins. Among other things, China has been accused of stealing U.S. technology.
The US accused China of stealing technology from foreign militaries to create a modern, “world-class” system, and cautioned that it could deteriorate the US’ dominance.

A recent Pentagon report stated that China uses “cyber theft” and other methods to bolster its military, which the report claims will continue to burgeon if left unchecked.

“China uses a variety of methods to acquire foreign military and dual-use technologies, including targeted foreign direct investment, cyber theft, and exploitation of private Chinese nationals’ access to these technologies, as well as harnessing its intelligence services, computer intrusions, and other illicit approaches,” it said.

One such instance outlined in the report is from 2018, when China used “dynamic random access memory, aviation technologies, and anti-submarine warfare technologies'” to acquire “sensitive, dual-use, or military grade equipment.”

“China is actively pursuing an intensive campaign to obtain foreign technology,” it said, accusing China of using techniques like “industrial and cyber espionage.”

President Trump has concentrated tariffs on Beijing as he seeks equalize the inequities and to reduce the deficit the U.S. has consistently run in trade between the two countries. The deficit in 2018 stood at $419.5 billion and was already at $106.9 billion through the first four months of 2019, according to Census Bureau data.

Trump said Wednesday while he would like to see a deal, he is accepting of the current situation. “They want a deal more than I do,” he told Fox Business Network.