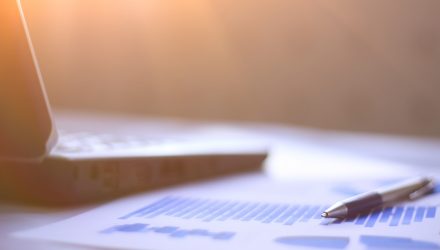 But I have to admit Causeway has a value emphasis. So I am talking my own book. But. What we’ve seen that some extremes and that usually means end of cycle. For example the value versus the growth indices and the World Index trade at extreme gap the value index trades at 12 times next year’s earnings and the growth index at a whopping 20 times. And all of that’s happening when volumes are volatilities been falling especially in the US market. Meanwhile. The returns have been rising and those are typically that’s not a sustainable situation. So. So we tell our clients make sure you have value make sure you have that diversification. Don’t put all your eggs in one growth basket. Though. I mean hasn’t that been the argument Sarah for. Pretty much this entire.

Bull market over the last 10 years. And yet. The valuations continue to rise for the growth names technology is the leading group. So far this year. Why would anything change right now.

If just one. No one thinks it will change that it does. But what’s different now is that the Fed has actually shrunk its balance sheet by half a trillion dollars from its peak. And global monetary growth that infuse this tremendous growth. And. Hunger. Investors have to get their hands on those stocks. They were they do anything. So it seems even when there’s no sign of earnings or cash flow. Now we’re in a situation where monetary growth is slowing and as a result. There may be much more interest in the stock that trades at 12 times earnings rather than 20 even if its growth isn’t nearly as as rapid and there are so many stocks out there like that. You’ve made reference to banks in the industrials area. There are plenty across the board not just sick stocks in defensive areas as well.

Sir a lot of your picks and some of your comments so far suggest a big preference for the lower valuations in Europe and around the world compared to the U.S. but one could have made that argument a year ago two years ago three years ago and you would have missed out on the US’s outperformance. What makes you confident that now is the time to shift into those regions like Europe. Well this is a Nestlé an argument to invest only abroad even though stocks are generally cheaper offshore than they are in the US.

But rather to emphasize those shorter duration stocks the stocks delivering income now that deliver cash flow. Now one of the stocks we talk to clients about is Volkswagen in Germany. Here’s a company that is was in a race against time. But believe it or not which extraordinary went into the diesel day crisis with net cash and today has twenty five billion euros of net cash and it’s generating increasing amounts of free cash flow through cash conversion and why we like that is because you’re going to get investors you’re going to get paid. Now you don’t have to wait 10 years or pay ten times sales for that luxury. So there’s a sort of tangibility of this short duration less interest rate sensitivity to value stocks that’s meaningful in this environment with as liquidity is less abundant.