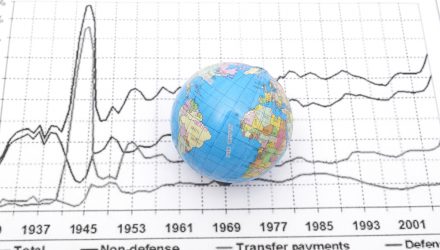 As developed market governments pour trillions of dollars into the capital markets to shore up their economies via quantitative easing, emerging markets (EM) had to be feeling the pressure of hopping on the bandwagon. Of course, the problem being that certain EM countries may not have the discretionary capital to perform similar measures, but some can—will it save EM?

“Emerging markets have long resented quantitative easing (QE). When America’s Federal Reserve began its third round of asset purchases in 2012, Guido Mantega, then Brazil’s finance minister, accused it of starting a ‘currency war,’” an article noted in The Economist. “In 2013 Raghuram Rajan, then the chief economic adviser to India’s government, expressed his displeasure in the manner of Winston Churchill: ‘Never in the field of economic policy has so much been spent, with so little evidence, by so few.’”

Fast forward to today where the coronavirus pandemic is dismantling economies slowly, but surely, unless federal governments step in to help stop the bleeding. As such, more emerging markets are starting to sway towards quantitative easing measures.

“In response to the covid-19 pandemic, much is being spent again. But not by so few. The central banks of America, the euro area, Britain, and Japan are set to buy $6trn-worth of assets between them this year, according to Fitch, a rating agency, three times what they bought in 2013, the previous peak,” the article added. “And emerging markets are no longer grumbling on the sidelines. Monetary authorities in Chile, Colombia, Costa Rica, Croatia, Hungary, Indonesia, Poland, Romania, South Africa, and Turkey have prepared or begun purchases of bonds of various kinds. Still more are contemplating it. Even in Brazil, congress has passed what it calls the “war budget” law, amending the constitution to give the central bank more freedom to buy government bonds and other assets during this crisis.”