You are at:Home»Relative Value Channel»‘Big Tailwinds for the Bull Market Are China and Spending,’ Says Analyst 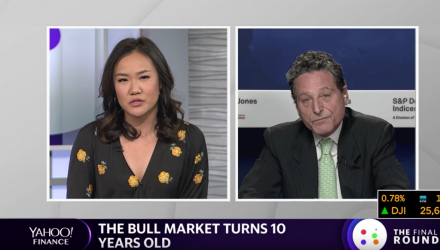 ‘Big Tailwinds for the Bull Market Are China and Spending,’ Says Analyst

In the meantime in the U.S., the Labor Department said that 20,000 jobs were added in February, falling well below a Dow Jones poll of economists who were expecting 180,000. It marked the weakest month of job creation since September 2017, stoking more fears of a global economic slowdown.

In spite of the latest jobs numbers, White House economic advisor Larry Kudlow said that the U.S. economy is still on pace to realize a 3 percent gain. Furthermore, analysts and economists have been quick to point out that government data has been inconsistent since the 35-day shutdown, which delayed the release of data.

In the video below, S&P Dow Jones Senior Index Analyst Howard Silverblatt looks at the 10 year market and whether or not it can continue.