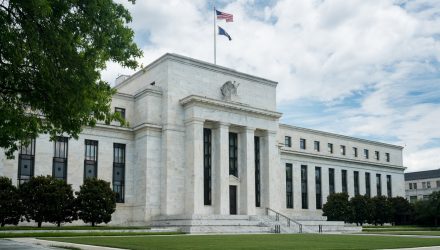 Analyst Cautions That A Rate Cut May Do Harm

Despite the market languishing over the last week, since making fresh all-time highs recently, U.S. markets received a boost after New York Fed President John Williams said central banks must take action when faced with adverse economic conditions, fueling bets that the Fed could take on a more aggressive 0.5% rate cut in July. However, the bank later clarified that Williams did not intend to signal any specific policy changes.

This hair trigger reaction from investors, who are scrambling for positive bits of news from the Fed amidst this now over a decade-long bull market, is making some analysts question how viable and beneficial a rate cut would be for the economy.

Steve Ricchiuto, the U.S. chief economist of Mizuho Americas, is one of those analysts. He argues that the Fed would make an egregious error if it cuts already-low interest rates at the conclusion of its two-day policy gathering July 31 as widely expected. The central bank has expressed anxieties about U.S.-China trade tensions and other headwinds could threaten an economy in a record-setting 11th year of expansion.

A rate cut “will incite undesired risk taking by borrowers and deepen the next recession, which will unnecessarily increase the cost to society,” Ricchiuto told clients in a new research note.

Other analysts believe that consumers are still in control and economic data is robust, and therefore a rate cut is just not necessary.

“It just doesn’t smell right given the strength of the economic data,” said Chis Rupkey, chief financial economist at MUFG Union Bank. “The consumer is back in a big way. You really have to ask yourself why they are going to cut rates.”

“This really takes the cake in terms of just how strong the consumer is,” Rupkey said. “The Fed has their story and they’re sticking to it. So despite the data, despite the strong jobs numbers, they believe this is an insurance cut. A risk management cut is necessary for two factors: one is the slowing global economy, and No. 2 is the fact that inflation has been below the 2% target for so long. Given those two factors, I expect them to go. If not, you’re going to hear a whole lot of ruckus out of the White House.”

While many economist don’t believe the market is in danger, thereby avoiding the need for a rate cut, the argument by Ricchiuto is a variant of a longstanding view that recessions can be cleansing for an economy by ridding it of dangerous excesses that build up during an expansion.

Ultimately, the market will be the arbiter when the Fed meets next week.