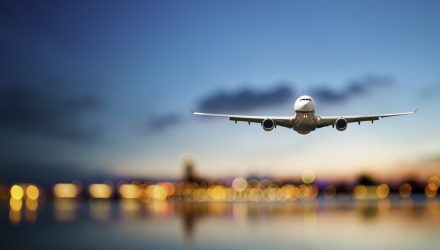 American Airlines cut the Boeing 737 Max from its schedule through November 2, citing recertification delays and issues, as the worldwide grounding of the jets after two fatal crashes agitated air travel significantly more than originally anticipated.

According to the American Airlines website, “American Airlines remains confident that impending software updates to the Boeing 737 MAX, along with the new training elements Boeing is developing in coordination with our union partners, will lead to recertification of the aircraft this year. We are in continuous contact with the Federal Aviation Administration (FAA), Department of Transportation (DOT), National Transportation Safety Board (NTSB) and other regulatory authorities. American is extending cancellations for the MAX through Nov. 2. By doing so, our customers and team members can more reliably plan their upcoming travel on American. In total, approximately 115 flights per day will be canceled through Nov. 2. Our Reservations and Sales teams will continue to work closely with customers who are impacted by these cancellations.”

The March crash of Ethiopian Airlines Flight 302 created concerns over Boeing’s shortcomings in having designed an automated flight system that circumvented the actions of the flight crew. But it also generated questions about pilot experience, as whether mistakes were made in the cockpit and whether foreign airlines demand that pilots to have sufficient training.

Despite the delay with AA, aerospace giant Boeing received some great news for its problematic 737 Max late last month, when International Airlines Group broadcast plans to buy 200 of the jets. The group announced a letter of intent on the purchase of the jets at the Paris Air Show. Boeing is up more than 4% Tuesday.

“We have every confidence in Boeing and expect that the aircraft will make a successful return to service in the coming months having received approval from the regulators,” said Willie Walsh, CEO of IAG.

Investors looking to participate in changes in Boeing and other aerospace enterprises have a variety of ETFs to choose from. For investors looking for a concentrated stake in Boeing, the iShares U.S. Aerospace & Defense ETF (ITA) has an 18% weighting in the company. The SPDR Dow Jones Industrial Average ETF (DIA) has a more balanced blend of equities, while still boasting a 9% stake in Boeing. Meanwhile, the US Global Jets ETF (JETS) offers an 11.95% allocation of American Airlines for those looking to invest in American.