You are at:Home»Relative Value Channel»Alibaba (BABA) Joins Forces With NBA 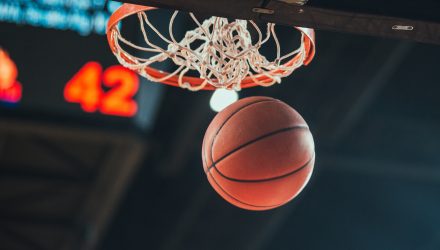 The NBA China and Alibaba Group (BABA) announced an expansion of its partnership in March that will offer NBA content to Alibaba’s platforms for the first time, along with an enhanced online shopping experience for Chinese consumers online consumers.

According to the NBA’s press release, an “NBA Section” will be launched across Alibaba’s platforms.  The new section will allow fans to view NBA content as well as shop for NBA merchandise all on one platform.

“The NBA is always looking to innovate, and we are absolutely thrilled to expand our partnership with Alibaba,” said NBA China CEO Derek Chang. “We share the same goal, which is to provide fans with one-of-a-kind online content consumption and shopping that leverages the latest technology. We look forward to working with Alibaba to continue to grow the game of basketball in China.”

The original programming offered on the channel will cover a wide range of popular basketball and cultural topics, such as game predictions, fashion, apparel, and memorabilia. The content will be made available throughout the regular season, NBA All-Star, the NBA Playoffs and The Finals, in a mixture of formats that includes short videos and livestreaming by celebrities and influencers, among others.

Toby Xu, Vice President of Alibaba Group said: “the NBA is one of the most popular sports leagues in the world, with a sizable and passionate fan base in China. With this expanded partnership, we will fully leverage Alibaba’s ecosystem to create a unique digital experience and bring the NBA closer to fans and consumers in China.”

The NBA’s deal with Alibaba falls under the company’s A100 program. A100 brings together the entire Alibaba ecosystem to help brands digitize their operations in China.  It allows brands to tap into the Alibaba services that best fit their business operations, ranging from retail and payments to cloud computing and marketing, and more, according to Alibaba’s press release.

At Alibaba, there is a passion for sports and especially all things basketball.  Co-founder and Executive Vice Chairman Joseph Tsai is also an owner of The Brooklyn Nets and the WNBA’s New York Liberty, according to Reuters.

E-commerce ETFs such as EMQQ, the Emerging Markets Internet & Ecommerce ETF, holds shares in Alibaba, offering investors exposure to any upside potential that might result or have resulted from this NBA agreement.