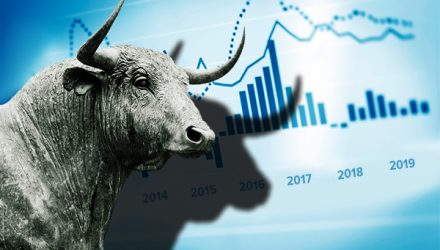 The U.S. stock market has been hitting new all-time highs thanks to lower rates, positive earnings surprises and optimism that a resolution to the U.S.-China trade war comes sooner rather than later. But don’t let that distract you from exciting things that are happening in overseas markets, specifically in Eastern and Emerging European countries.

Russian stocks, for instance, have been trading at much lower multiples than U.S. stocks, and in many cases, dividends have been very attractive.

But it doesn’t stop there. Below are three European stocks we’re bullish on right now.

First up is Gazprom, Russia’s largest energy company by a huge margin. As controller of all major natural gas fields in Russia, including the prolific Urengoy and Yamburg fields, Gazprom is the world’s largest gas producer, transporter and exporter, and the biggest supplier to Europe. In 2018, it produced some 35 billion cubic feet of gas per day, or about 12 percent of total global output.

We find Gazprom very attractive because it’s incredibly undervalued and has a generous dividend program. Below is WOOD & Company’s forecast of the company’s price-to-earnings (P/E) and dividend yield. At the same time that its P/E is expected to fall, from 3.4 times earnings this year to 3.1 times earnings in 2020, the dividend yield is projected to rise. Gazprom is “one of the cheapest companies in the whole emerging market space,” according to WOOD analysts Ildar Davletshin and Jonathan Lamb.

Shares of Gazprom, half of which are owned by the Russian government, exploded as much as 16.4 percent in mid-May after it announced a sharp rise in dividend payments. For the 12-month period through October 25, the company was up 64 percent, considerably higher than the dollar-denominated RTS Russia Index, in which Gazprom has the highest weighting at 15 percent.

Chairman of the Management Committee Alexey Miller told shareholders in June that, based on record sales revenue and profits in 2018, the company was proposing “a record-high dividend payout of RUB 16.61 ($0.26) per share,” more than double the dividend increase compared to the preceding year.

Miller added that this year’s dividend payouts “will be among the largest among all state-owned companies. The overall dividend amount—RUB 393.2 billion ($6.1 billion)—will be the highest in the history of the Russian stock market.”