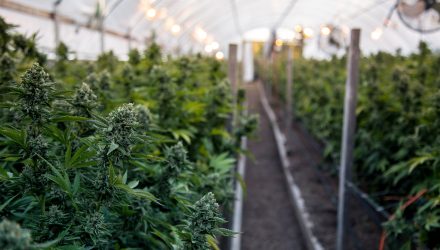 Although 2018 is still in its infancy, the ETFMG Alternative Harvest ETF (NYSEArca: MJX) is already one of the more impressive stories in the world of exchange traded funds. Data confirms investors like the investable marijuana theme and some market observers expect that theme to remain steady going forward.

Potential investors should be aware that while MJX’s underlying index may cover businesses that are legally engaged in activities related to cannabis, the benchmark does not include those that directly cultivate, produce or distribute marijuana or products derived from marijuana, unless such activities become legal under U.S. federal and state laws.

Recreational pot is legal in eight states plus Washington D.C. but still remains illegal on the federal level, which has created an uncertain situation that has prevented many pot stocks from listing in the U.S. However, Canada plans to legalize the drug nationally by July, contributing to Canada’s large weight in the ETF’s portfolio.

“ArcView Market Research projects the compounded annual growth rate, CAGR, of the so-called green rush will be faster than cable TV in the 1990s. The firm forecasts the North American cannabis market will go from $6.7 billion in 2016 to $22.6 billion in 2021 — an eye-popping CAGR of 27%,” reports Seeking Alpha.