You are at:Home»Equity ETFs»Rallying Commodity Prices Could Boost These Country-Specific ETFs 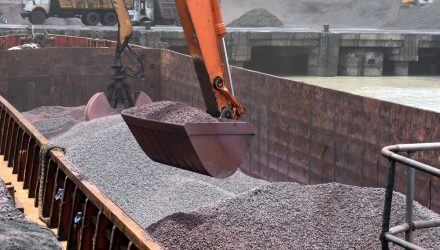 For instance, prices on iron ore and copper have hit record highs last week after global governments deployed trillions of dollars in stimulus spending that has propped up demand for raw materials to rebuild their economies, the Wall Street Journal reports.

Exporters like Australia and Chile have benefited from heavy infrastructure spending from China and other countries trying to rebuild.

Australia, which accounts for over 50% of global iron-ore exports, has capitalized on the rebound in commodity prices. On Tuesday, the country revealed a projected budget deficit for the 12 months through June of 161 billion Australian dollars, or $126 billion. To put this in perspective, the government previously anticipated the deficit would expand to nearly 200 billion Australian dollars just six months prior. Australia has seen iron ore jump to a record $233.1 per metric ton as China’s steel mills show an insatiable appetite for more of the commodity.

“The iron-ore price has been a lot higher than what we had initially forecast,” Josh Frydenberg, Australia’s treasurer, said.

Australia’s central bank has also upgraded its expectations for gross domestic product growth in the current calendar year to 4.75% from 3.5% in February.

The International Monetary Fund also anticipates Chile’s economy to expand by 6.2% this year as the Latin American country’s exports benefit from higher copper prices and the strong demand for the base metal in developed countries and China. The price of copper has doubled over the past year and hit an all-time high of $4.7785 per pound on Tuesday.

For more news, information, and strategy, visit the ETF Trends.