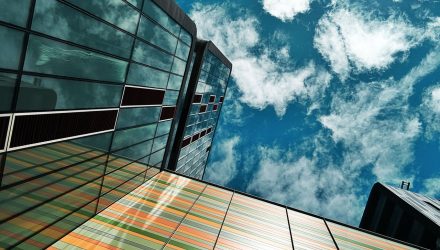 Putting Volatility in Financials to Work in Short-Term Trades

Amid a recent onslaught of earnings reports, the financial services sector has spent plenty of time in the spotlight. Some data points indicate volatility for the group has inched higher as well.

“First, we had the run-up in rates to almost 3% in mid-February, followed by a fall back to 2.73% in early April. Slowly rising higher rates help banks make a better spread on what they lend versus what they borrow,” said Direxion in a recent note. “But what really roiled the entire market was the talk of tariffs. Obviously, steel and aluminum tariffs don’t directly hit banks, but the concern is that an overall economic slowdown from a trade war will ultimately affect banks. Yet, in the background, there are still rumblings of decreased regulation.”

Deregulation could also help the financial sector improve their margins. President Donald Trump has shown its eagerness in cutting back the red tape and remove some of the post-financial crisis regulations that has stifled the industry. The rising interest rate environment is also good for net interest margins for banks and more so for insurance companies.

“The good news is that the forward multiple for the group dropped to 13x from 15.5x in late 2017. Steady earnings and outlooks could help lower the volatility in the group. But the Trump administration’s policies remain a wildcard. Either way, Direxion has you covered with FAS (Daily Financial Bull 3X Shares ETF) and FAZ (Daily Financial Bear 3X Shares ETF),” according to Direxion.