You are at:Home»Equity ETFs»Production Cuts an Issue for Coal ETF 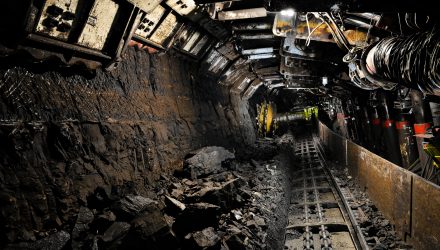 Arch Coal Inc., the second-largest U.S. producer by tonnage, said Thursday it was cutting production at its biggest mine, citing weak demand from power plants,” reports Bloomberg. “The company expects output from the Black Thunder mine in Wyoming will be between 62 million and 68 million tons this year, down from 70.5 million tons last year. The low end of that forecast would mark the smallest output since 2000 for the mine that was once the biggest in the U.S., according to the U.S. Mine Safety and Health Administration.”

“As U.S. electricity generators increasingly shift to natural gas and renewable energy, Arch and its rivals are relying more and more on international markets and mining the type of coal used in steel production. That strategy, however, has limitations. Arch released its first-quarter earnings Thursday, posting revenue and net income that fell short of analysts’ expectations,” according to Bloomberg.