You are at:Home»Featured»President Trump Weighs Whether Or Not To Go To War With Iran 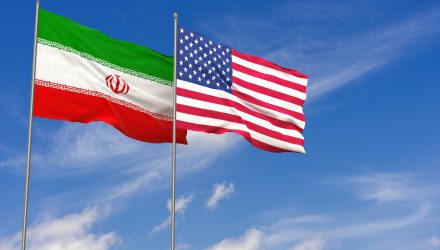 When a reporter asked President Donald Trump about whether or not the U.S. is going to war with Iran during a photo opportunity at the White House with Swiss President Ueli Maurer, the president replied “hope not”. This response happened during a period of broadening concern regarding a conflict between the U.S. and Iran.

According to the NY Times, earlier Thursday, President Trump told his acting defense secretary, Patrick Shanahan, that he does not want to go to war with Iran, according to several administration officials, in a message to his aggressive aides that an intensifying American pressure campaign against the clerical-led government in Tehran must not intensify into open battle.

According to CNBC, “The responsibility in the Congress is for Congress to declare war,” said Pelosi, D-Calif, who is concerned that Congress is being isolated and left out of the decision-making process.

“I like what I hear from the president that he has no appetite for this,” she added. “One of the places that I agree with the president is that both of us in our opposition to the war in Iraq and I hope the same attitude will prevail with the president of the United States even though some of his supporters are rattling sabers.”

Sen. Richard Blumenthal, D-Conn., a member of the Armed Services Committee, explained to reporters Thursday: “The American people have been kept in the dark. It is disgraceful and despicable that we’re on the verge of war, and the American people are given this kind of confused and chaotic picture of what the situation is on the ground.”

Blumenthal stated that he and other senators have overheard that “we are supposedly going to have a briefing on Tuesday” from the Trump administration about the Iran situation.

But, Blumenthal added, “we’re hearing it may be too late because hostilities may have begun or there may be an escalation on the military situation.”

That would be “petrifying,” he said.