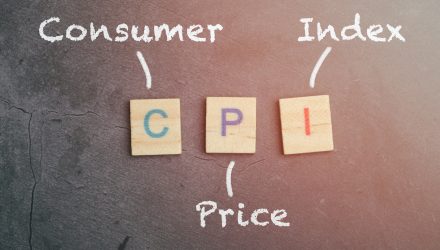 Expectations for increased inflation may have been warranted, as consumer prices just notched their most sizable one-month increase in almost 13 years. But although inflationary concerns have been spooking investors and fund managers of late, the reason for the consumer price jump may be a bit more innocuous this time around.

The June Survey of Consumer Expectations revealed that median inflation projections for the the next year surged to 4.8%, a 0.8 percentage point rise from May and the loftiest reading since 2013.

While the outlook for the next three years remained unchanged at 3.6%, the reading is still well above the 2% level that the Fed considers healthy for a growing economy.

Nevertheless, the rise in the June 2021 CPI reading may largely have actually been attributed to just one isolated area: used car prices.

“The headline CPI numbers have shock value, for sure; however, once you realize that a third of the increase is used car prices, the transitory picture becomes more clear,” wrote Jamie Cox, managing partner at Harris Financial Group. “Inflation is rising, but things are well behaved and have not changed materially.”

Cox’s comments arrived shortly after the Labor Department released its June 2021 CPI report, which showed that prices paid by consumers were 5.4% higher than a year ago, making this the largest pop since August 2008. Core CPI, which removes volatile items like food and energy components, climbed 4.5%, the steepest move for that measure since September 1991.

Investors and analysts have been keeping a watchful eye on inflation, and in recent months have become more leery of increasing prices and their effects on the Federal Reserve. But stocks seem relatively unperturbed on Tuesday, with the SPDR S&P 500 ETF Trust (SPY) trading near breakeven on the day. The 10-year Treasury yield also dropped, which is contrary to expectations for a hot inflation report.

A plethora of Americans are also ready to finally travel in 2021, which has helped helped catalyze the rise of oil, gasoline, and airfares.

The travel bug has resulted in a lust for road trips, fueling a historic thirst for used cars. This was the most sizable monthly increase ever reported for the used cars and trucks index, which began in January 1953.

Ian Lyngen, head of U.S. rates strategy at BMO Capital Markets, noted that used car and truck prices rallied over 10% month over month and about 45% over the year.

June’s reading makes “the last three months 10.0%, 7.3% and now 10.5%,” he wrote. “Overall, a continuation of the pandemic-specific pockets of inflation — although questions regarding the ‘transitory’ characterization are sure to emerge in the wake of yet another stronger-than-expected inflation print.”

While the latest CPI report may not be cause for concern, ETF investors worried about inflationary pressures can look into the Quadratic Interest Rate Volatility and Inflation Hedge ETF (IVOL), as it may act as a hedge against inflation.

The Schwab US TIPS ETF (SCHP) has a low expense ratio, and is another ETF that investors with inflationary concerns might explore.

According to ETF Database: “This ETF offers broad-based exposure to TIPS, bonds issued by the U.S. government featuring principal that adjusts based on certain measures of inflation. As such, SCHP may have appeal as a minor allocation in a long-term portfolio, with increased weighting given if investors are particularly concerned about inflationary pressures.”