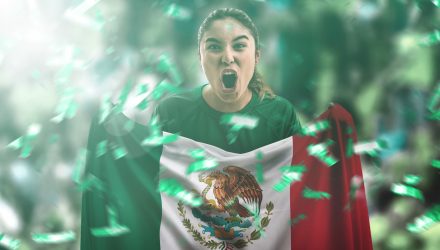 A Post-Election Look at the Mexico ETF

The peso is an important part of the Mexico investment thesis because exports account for over a third of GDP in Latin America’s second-largest economy. So are oil prices because Mexico is one of the largest non-OPEC producers in Latin America. However, oil output in Mexico is expected to decline this year. AMLO has said he respects the independence of Mexico’s central bank.

“Either way, AMLO’s ascent heralds the end of decades of technocratic governments made up of traditional parties that pursued economically conservative policies. A majority in Congress would give AMLO leeway for making significant policy shifts. It could also lead to a steady decline in Mexico’s institutional strength, although we see the central bank’s independence as relatively resilient,” according to BlackRock.